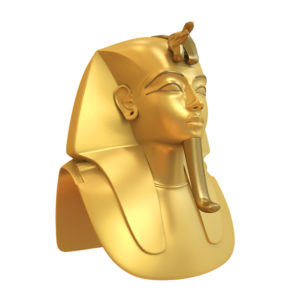 In the epic Hollywood film “The Ten Commandments”, the Pharaoh Ramses II commands his subjects to act by declaring “So let it be written, so let it be done.” Employers would do well to keep this phrase in mind to protect against potential whistleblower claims, as a recent Minnesota Court of Appeals decision demonstrates.

Because the Decision was Written…

A Xiong worked for Minneapolis Public Schools (“MPS”) as a probationary special-education teacher at Hmong International Academy (“HIA”) from August 2015 to June 2017. Based on low ratings on his teaching abilities and classroom management, School Principal Debora Brooks-Golden and her administrative team decided not to rehire Xiong for the following school year. They entered this decision into the MPS Probationary Teachers Rehire Decision Dashboard.

Several days later, Brooks-Golden asked Xiong to create a document summarizing data that would permit HIA to seek an assessment of a student for special-education eligibility. Xiong refused because he felt that the school had not followed proper procedures for the request. Four days later, Xiong was asked to sign a seperation form acknowledging that his employment would end at the close of the school year.

Xiong sued under the Minnesota Whistleblower Act (MWA), claiming that he was fired for refusing to prepare what he contended was an illegal document seeking a special-education assessment.  The trial court dismissed the case on summary judgement so Xiong appealed to the Minnesota Court of Appeals.

…The Employee’s Claim was Done

The Court of Appeals affirmed the dismissal, explaining that Xiong failed to show a causal connection between the protected conduct (refusing to prepare the requested document) and his termination.  Xiong relied heavily on the fact that he was asked to sign termination paperwork just four days after his protected conduct, which was sufficient to raise an inference that the two were connected.

The Appeals Court noted, however, that while temporal proximity can sometimes raise an inference of a causal connection, it could not do so here since there was solid evidence that MPS had already made the decision not to rehire Xiong before he engaged in any protected conduct.  As such, Xiong’s temporal proximity argument had no merit, and in the absence of any other evidence of motivation, his claim had to fail.

It can look bad to the outside observer to inform an employee of termination just four days after that employee engaged in protected activity.  The key to overcoming this negative inference is irrefutable, documented proof that the termination decision was made before the protected activity took place, or at least before it was known by the employer.

Therefore, when you decide to let your people go, immediately write a memo to your file, send an email to your manager or create a file on your computer – do something to document the decision.  Otherwise, you may feel plagued when that not-yet-terminated employee walks in tomorrow to report a workplace injury, file a harassment claim or engage in some other protected action that might now seem like a questionable motive for the termination.